A tribute for Vichai Srivaddhanaprabha ​- 'The Boss'

with thanks to Lee Clark

'CHAMPIONS OF ENGLAND'  - YOU MADE US SING THAT

​Vichai had a dream , To build a football team, He came from Thailand and now he's one of our own,
We play from the back, We counter Attack, Champions of England - you made us sing that. 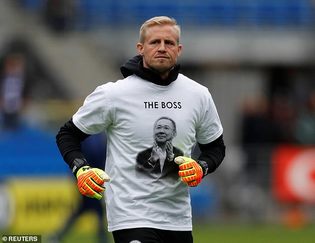 'Unfortunately, [I remember] everything. Every little detail,' Schmeichel told Sky Sports. 'I had family over from Denmark and I gave them a little look around the stadium and the pitch - the helicopter was always a big attraction. 'We waved him off, waved him goodbye, and we kind of just watched him go up. I'd seen him do it hundreds of times - it was a kind of ritual thing in the end.

'You could just tell something was wrong, because it doesn't normally stand still like that. And what unfolded, unfolded. 'I ran straight out of the tunnel and round to that side of the stadium. People over that side of the stadium hadn't seen what had gone on. 'So I came sprinting out, shouting for people to call the police, one of our security guards saw me, ran after me.

'We managed to get close - our security guard got closer than I did, and he [the security guard] tried to get in and do something. 'But it was very evident from the heat that there was nothing anyone would be able to do. 'And yeah - it was horrifying, horrible, to be that helpless.' Following Vichai's death, hundreds of tales of his incredible generosity emerged and Schmeichel added his own.

'When I broke my foot I had to go down to London and we were playing against Manchester City in our first season back in the Premier League,' he said. 'He came to the hospital, picked me up and flew me back in his helicopter to Leicester to watch the game with him. He didn't have to do that, but he did.' Schmeichel, 32, also credits the Leicester chairman with turning around his own career having immediately had faith in him.

'If you look back at my career, I've had to constantly prove myself and be compared to others,' Schmeichel added. 'Constantly having to prove I am good enough. Then came a guy who said he believed in me from the first minute. 'He said he'd seen me play and just gave me the platform. 'I've been here nearly eight years now and that says a lot about the stability here and the belief he had in me.

​Having gone from nine clubs to just being at one club, I was searching for someone who believed in me - he and his family did. 'It's very easy to be caught up in this world of money, fame and fortune. He is a guy who has done all that and doesn't care about it. He only cares about helping people.
'It just speaks to the man that he was. He didn't need to buy a football club. That's never a good business investment.

'He wasn't in it to make money, he wanted to give. He had a passion for the club, for Leicester, all that he did for the city - the donations to the hospital and such. 'It was ownership done properly. If you're a fan of any club, that's the type of owner you want, the type of owner you dream of having.'
Daily Mail 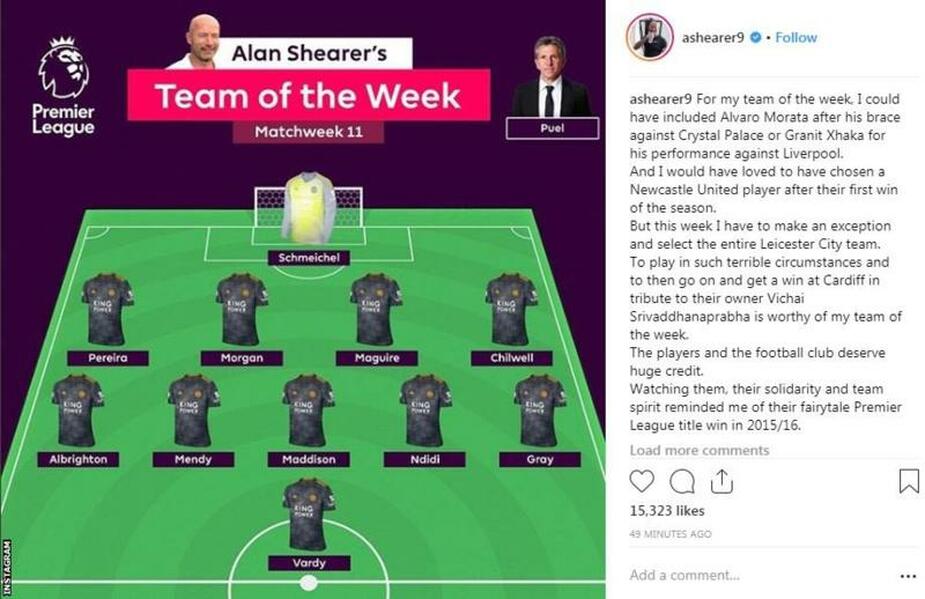 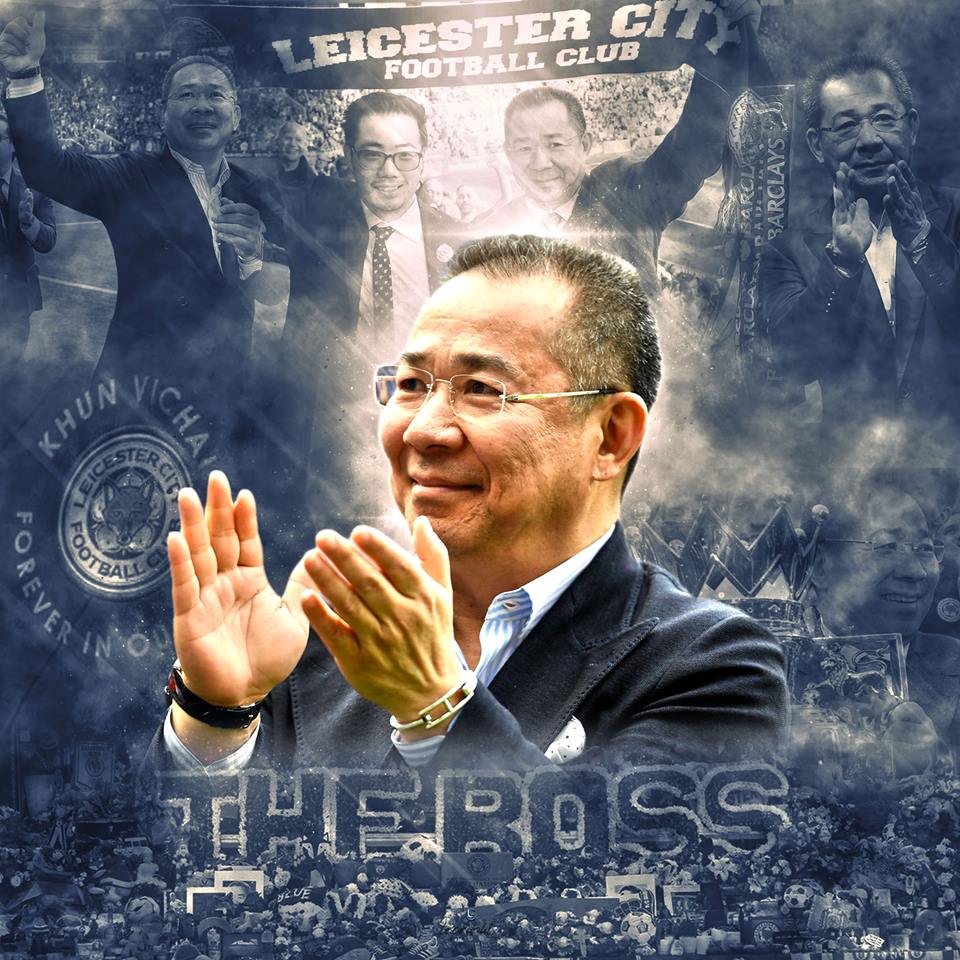 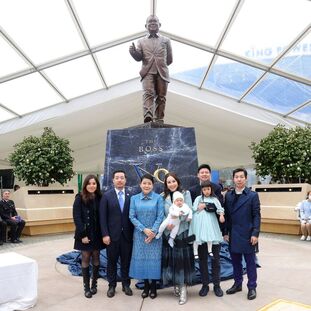 ​Leicester City’s football family came together on Monday for the inauguration of the Khun Vichai Srivaddhanaprabha statue at King Power Stadium – an eternal tribute to the most influential figure in the Football Club’s 138-year history.

On what would have been Khun Vichai’s 64th birthday, current Leicester City Chairman Khun Aiyawatt ‘Top’ Srivaddhanaprabha and his family were joined by distinguished guests to celebrate Khun Vichai’s Leicester legacy.

Appropriately connecting the city of Leicester with Khun Vichai’s homeland for the occasion, a group of his close friends were also present, at the invitation of the Srivaddhanaprabha family, along with friends from the worlds of polo, horse racing and Belgian club Oud-Heverlee Leuven.

Representatives of Leicestershire Police, Leicestershire Fire & Rescue and East Midlands Ambulance Service, who played such pivotal roles in the community response to the accident, were also present on an emotional occasion.

Chief Executive Susan Whelan – a close friend and colleague of Khun Vichai – opened proceedings, before Khun Top unveiled the statue of his father in front of a crowd of family and friends.
​
Susan said: "Khun Vichai loved this city. He greatly appreciated the affection shown by the people of Leicester and recognised how this community believed in his vision.
"Today, his contribution to the Club and to the city is made eternal. For generations to come, people will stand in this place and tell stories of The Possible Man. They will speak of his leadership and ambition, but also of his generosity and kindness. However this site changes, in all the moments we will experience together, his presence will be permanent."

Commissioned by the Srivaddhanaprabha family, the Khun Vichai statue is a permanent embodiment of his magnificent legacy in a place which brought him so much personal joy. 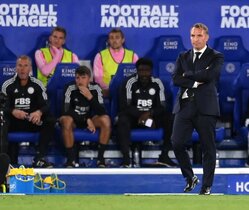 The statue inauguration ceremony was led by Buddhist monks, who travelled to Leicester from Thailand at the request of the Srivaddhanaprabha family.

​Such ceremonies have become customary at King Power Stadium during the family’s ownership of the Club, particularly at the start of a new season and for the inauguration of landmark developments, including LCFC Training Ground in Seagrave and the Vichai Srivaddhanaprabha Memorial Garden.
​
The ceremony commenced with the lighting of candles and incense, before the reading of Sanskrit prayers by the Buddhist monks. A string stretching the length of the ceremony room, representing the Buddha, was then blessed from a golden bowl with candle wax to create holy water.

Afterwards, the monks bestowed five precepts – constituting a basic code of ethics in Buddhism – upon the head of the ceremony. Buddhist chanting then began, marking the start of the Matrix funeral chant.

Guests were later invited to offer yellow robes to the monks, in accordance with Bangsukul ceremony traditions, and to transfer love and goodwill to Khun Vichai. Bangsukul chanting continued, before the ceremony concluded with the pouring of water to dedicate merit to all.
​
With his unwavering dedication and ceaseless passion for the Club, the story Khun Vichai inspired at King Power Stadium delighted millions around the world.

Establishing Leicester City among the game’s elite was only part of Khun Vichai’s gift to Leicester, whose communities came to love and admire his frequent displays of generosity.

He invested in their football club, delivering experiences that brought the people of the city together in pride and celebration. Through his countless acts of compassion and philanthropy, he sought to make their city a better place.

Such values will remain at the heart of the Club’s work for generations to come, forming a key part of Khun Vichai’s legacy, under the guidance of his son and current Chairman Khun Top.

In future, as the people of this city continue to come together at the Khun Vichai Srivaddhanaprabha statue at King Power Stadium, they will be greeted by a tribute to a truly great man – an everlasting reminder of what he gave to the Club and to Leicester.