LTID's Man if the Match, Manager and Team Ratings

as chosen as rated by LTID's match blogger Alan Bennett 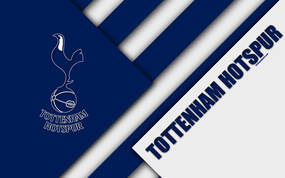 So again it’s the Europa league after Villa had done their bit and beat Chelsea, but city came up short and lost their 9th home game of the season against a much changed, but still effective Spurs side.

With city needing to win, and either Chelsea or Liverpool to drop points, city started well, and with both sides playing some neat open football.

Leicester and Spurs were created chances, but nothing clear cut until the 28 th minute when Vardy who had a great game was running the Spurs defence ragged, turned inside and a flick backwards from the Spurs defender, tripped him up, and penalty, and Vardy tucked it away neatly.

This was just the start city needed and the thought of champions league football back, but also knowing there was along way to go.

Spurs were always looking dangerous and even at this early stage, city needed a second goal, but nothing concrete was being created, and the creativity of Maddison was again not there, and with half time approaching, city failed to clear a corner and the ball half cleared to Kane, who buried the ball past the city keeper.

The second half was similar as a lot of the first, and after 52 minutes, Vardy again pulled down, and again buried it past lloris, 2-1 and back in own hands with Chelsea loosing.

Going behind lifted Spurs into life and were to be fair looking more dangerous than we were, and from an a corner down the family end, Kasper flapped at the cross and punched it into his own net.

Spurs brought on Bale, ( not a bad sub to bring on), and finished the game off with two goals at the end of the game, and 2-4 final score.

A really disappointing end to a season that has been for so many weeks a brilliant one, and would I have taken 5th and a FA cup win, of course I would, but to miss out on the last day of the season for the second season running, hurts .

To me , this is a massive summer off the field, with one or two players looking for new contracts, few players that are retiring, and areas that we have to strengthen without any question.

The manager and the owners I’m sure will sit down at the earliest opportunity and sort out what we need, and I believe that would have already been talked about.
We have done terrifically well this season, with the amount of injuries we have had, and not short term either.

On a very disappointing day for me, my MOM today was soyunco.
​
As this is my last report, I hope you have enjoyed my reports, and they are said from the heart that is Blue through and through.
Have a great summer, and fingers crossed we will all be back at football home and away next August.