Spartak Moscow – Everything you need to know 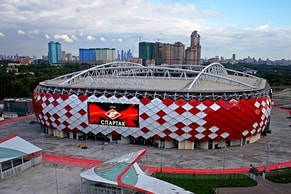 When Leicester City takes on Spartak in Moscow early Wednesday evening in the Europa League, it is a mostly unknown opponent for many fans of the English side.

However, the Russian club has a proud history, and, despite a shaky start to the season, won’t be an issue opponent for the Foxes.

Russian football specialist Toke Theilade, Editor in Chief at www.vilfortpark.dk, takes a closer look at the Muscovite outfit and gives you the lowdown on Leicester’s upcoming opponent. 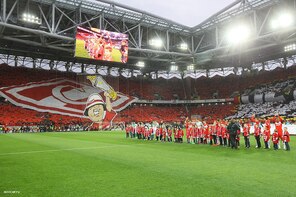 Spartak Moscow were founded in 1922, and in an everchanging world of Soviet and Russian football, they were one of few constants. With 12 Soviet championships and 10 Russian championships, they are the most successful Russian football club, although they have faced more than enough challenges over the last century.

Spartak are known as “The People’s Club” in Russia. They earned the nickname for being the only football club not openly affiliated with the state during the Soviet era. Being independent wasn’t easy though, and especially the rivalry with the NKVD/KGB controlled Dinamo caused Spartak many issues over the years.

Most noticeable was the cup semifinal in 1939, where Spartak defeated Dinamo, only for the game to be ordered replayed after Spartak had already won the following final. Luckily, Spartak won the replay as well.

In 1942, Spartak’s founders, the four Starostin brothers, were even arrested and sentenced to ten years of labour in Siberia for “attempting to drag bourgeois mores into Soviet sport”. During his exile, Nikolai, the chairman of Spartak, was forced to work for Vasily Stalin, the son of the feared dictator, and his club VVS Moscow, and it wasn’t until Joseph Stalin’s death in 1953 that the four brothers were rehabilitated and could continue their work with the club.

Because of the success Spartak has endured since the foundation of the club, as well as the independence from the authorities, the club has grown to be Russia’s most popular football club. The Red-Whites dominated Russian football following the fall of the Soviet Union, but in the last two decades things have been much tougher.
​
Spartak have won just three league titles in this millennium, two of them in 2000 and 2001, and the club has transformed from a powerhouse to a madhouse. Over the years, Spartak have changed coach almost as frequently as most people change their underwear, and one catastrophic signing has followed another on the transfer market. 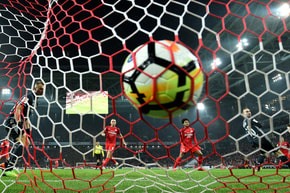 Since finishing second last year, their highest finish since the championship in 2017, things have gone downhill for the Muscovites. In the summer, they lost Alex Kral to West Ham, arguably one of their biggest stars, and although they did convert Victor Moses loan from Chelsea to a permanent transfer it hasn’t helped their results.

Slightly over one third into the season, they are sitting 7th with just 17 points in 11 games. This have them ranked as the worst of the four Moscow teams in the Russian Premier League, and they are already six points behind Zenit St. Petersburg on the first place.
​
In Europe things have gone slightly better for Spartak though. They suffered an embarrassing 1-0 defeat at home to Legia Warsaw in the opening fixture, but then followed up with an impressive 3-2 victory away against Napoli. The victory was secured after two late goals by Mikhail Ignatov and Quincy Promes, and it put Spartak in a good position to fight for advancement in the Europa League. 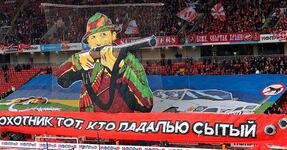 What can Leicester expect from the Russians

Spartak’s entire identity as a club is built around fast possession-based football, and they seek to dominate their games and pressure their opponents aggressively when not on the ball.

Under head coach Domenico Tedesco, Spartak are usually fielding a 3-4-3 formation with wingbacks, which provides both depth and plenty of attacking firepower. Yet, Spartak have struggled in front of goal this season. They have just 13 goals to their name in the league, and both Quincy Promes and Jordan Larsson, the son of Swedish legend Henrik Larsson, have disappointed in that department with respectively two and zero goals.

Defensively, Spartak have also struggled. Their defense has developed a nasty habit of unforced individual errors. When pressured, Spartak can crumble fast, and this can be exploited by Leicester.

When looking at the side, there are a few names that English fans should recognize. The most famous is arguably Quincy Promes. The Dutch international had a short spell in Spain with Sevilla and then in Holland with Ajax before returning to Russia and Spartak last season. He’s one of the greatest Spartak players in this millennium but has struggled immensely lately and is far from the level of a few years ago.

It is also worth highlighting Russian international Roman Zobnin on the midfield. He has been one of Spartak’s better players since joining the side from arch rivals Dinamo Moscow a few years ago, and he played well for Russia during the Euro this summer as well.

Lastly, 195 cm targetman Aleksandr Sobolev deserves some recognition. Although he has just scored twice this season, compared to 14 goals in 22 games last season, he is a force of nature. Strong as an ox and with good positioning skills, he creates a challenge for any defense. And of course, Spartak loves to cross the ball with him in the box, so he always needs to be kept an eye on.
​
All in all, Spartak aren’t going into this game in the best shape. However, fixtures against English teams are always special for Russian sides, and there is no doubt that the Russians will be top motivated at the stunning Otkritie Arena for this fixture. Nevertheless, Leicester will be favourites in a game, where the Russian winter is yet to really kick in.
Toke Theilade is the founder and Editor-in-Chief at Vilfort. He’s been covering Russian and East European football for nearly a decade, and is the former Editor-in-Chief at Russianfootballnews.com, and has written about Russian football for various outlets such as The Moscow Times, The Blizzard, and has worked with BBC, ESPN and The New Yorker on content related to Russian football.