Over 12 Months ago our season kicked off, at that stage I was hoping we could finish 7th and maybe give the “Big 6” a run for their money.
​
Last year was our 6th consecutive season in the Premier League since we got promoted in 2014. We entered the season with what could be considered a difficult start, with five of the first eight fixtures against teams that finished higher than Leicester at the end of the previous season. During that run we managed to lose only two games, both down to questionable penalty decisions going against us.

Highlights of that first run of games included a hard-fought 2-1 over Tottenham and what was at the time, our biggest ever Premier League win when we beat Newcastle 5-0. This early run of fixtures saw Brendan Rodgers play a mostly unchanged lineup week-in week-out with the occasional change in starting wingers.

​At this stage we were sitting in 4th on the table and I was beginning to feel confident that we had what it takes to not only finish best of the rest, but also break into the top 6 itself. 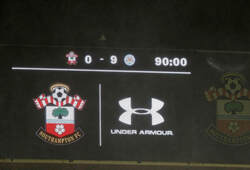 Click to visit the 9-0 page
We embarked on an 8-game winning streak in the Premier League whilst also progressing in the League Cup and included in what will go down as one of the most famous games of our club. I doubt that I will ever forget what happened in the early hours for me of October 26th, 2019.

After almost sleeping through my alarm, I woke up and turned on my phone to watch a game that would end up going down in Premier League History. By half-time I was speechless, I knew that it was worth waking up early on my Saturday morning to experience this. By full-time, well at that stage I couldn’t help but laugh at what I’d just seen.

This streak saw our new signing Ayoze Perez get off the mark for the club with his Hat-trick against Southampton. He would later go on to score a total of eight goals for the season, the highest goal tally for our wingers this season. ​

Our other big signing from the transfer window last season was the permanent transfer of Youri Tielemans. After the first 10-15 games of the season, the impact he was having on the pitch seemed to drop for a number of games, as did a number of individuals during this season.

At the start of the season it was clear to see why we paid as much as we did for him and made him our record-signing. He was reminiscent of the impact he had whilst on loan for the club in 2019.

​I found that Youri’s performances were just beginning to lift again when COVID hit. But I’ll get into what happened in project restart a little later.

Click to enlarge
After losing Ndidi to injury during the holiday season, it was always clear that we were going to be in for a tough run. The energy he provides and pressure he applies on the opposition is up there with the best defensive midfielders in the league. His presence would also allow the likes of Maddison and Tielemans to play with more freedom across the middle of the park.

This matched with the injury of Ricardo meant that the second half of the season was always going to be an uphill battle. For me, he is one of, if not, our best player in the squad. The way he covers the pitch in both defence and attack is immense as he scored 4 goals as well as providing a handful of assists as well. Between him and Ndidi our backline was as good as any team’s and were a constant threat across the pitch. 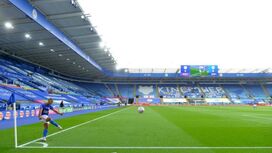 ​The second half of the season saw us stumbling to the finish as injuries and suspensions took their toll on the team. What was once an unchanged back-four for the most part of the season turned into a back line with only the one regular starter in the line-up at the end of the season.
​
If these injuries had not occurred, or if the players were had were much more of a like-for-like replacement for the injured, then we almost certainly would have finished top four and been in the Champions League for next season. If it was any other season, I would expect the club to make a few transfers to help fill the void. Yet this is no ordinary transfer window either. I doubt we will see many transfers made by any club this window as the financial effects of the pandemic continue to roll on.

Looking back on the season, for me there were two standout performers across the entirety of the season.

The first being none other than Jamie Vardy. Who would have thought at the age of 33 we would see him take home the golden boot? Even at the start of the season,

​I knew he was one of the best strikers in the League, yet I thought he would finish top 5 as there are numerous other forwards in their peak for him to contend with. The way he is playing, there is no reason why he can’t continue playing on for another 3 or 4 seasons.

The other player I was impressed by was Caglar Soyuncu.

I was interested to see what Brendan Rodgers and the backroom staff would do after we sold Harry Maguire for 80 million.

It only took a couple of games to see the best choice was made by promoting Soyuncu into the starting 11.

​After making only 8 appearances for The Foxes in his first season with the club, he has turned into being one of the first names on the team sheet each week.

Kelechi Iheanacho and Demarai Gray were two players who were under the most pressure at the start of the season. Nacho this season proved himself as a very handy deputy to Vardy and played well enough to have a future playing as a potential strike partner to Vardy.
​
As for Gray, he continues to be the enigma of the squad. His season pre-lockdown was to put it simply, poor. His decision making in the final third was poor and seemed to lack any form of composure on the pitch.

However, post-lockdown, he was one of our best players coming off the bench. His energy off the bench had the ability to change the outcomes of games, and it nearly did in the Watford game as he provided the assist for Chilwell’s goal, only for that to be cancelled out three minutes later by an equaliser at the other end. ​

Click to visit the LTID Europa League page
For me, the first half of next season will decide his fate at the club, if he plays well, he can consider himself to be a part of our future for the club. A poor start, and a transfer or release could be inevitable.

Looking back, although it was extremely disappointing and frustrating to miss out on Champions League following the position we were in a few months ago. I can’t help but feel happy with how the season went.

​The Manchester United game for me, wasn’t where we lost the Champions League place, a lack of squad depth and a few poor results ultimately cost us the chance to play in the pinnacle of club football.
​
Still the fact only four teams managed to do better than us shows that this season really was a success. If we can get our full squad back fit and maybe make one or two signings, then there is no reason why we can’t have a crack at winning the Europa League, or at least going deep into the knockout stages. 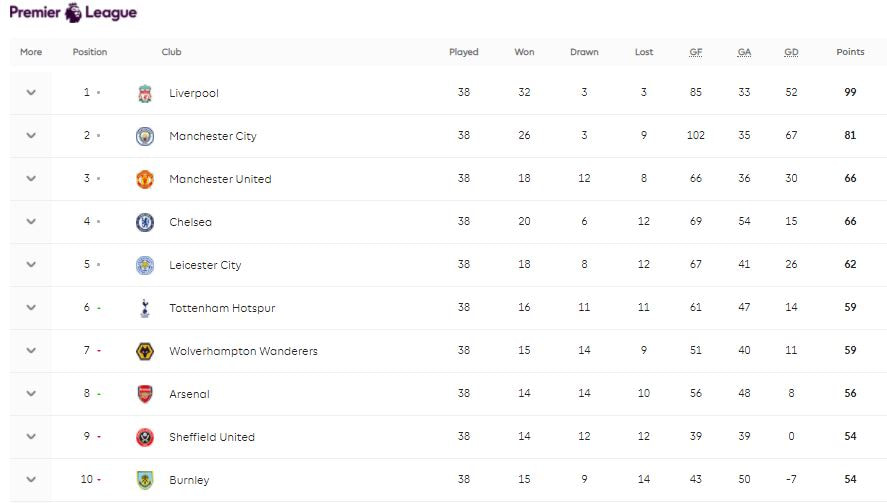