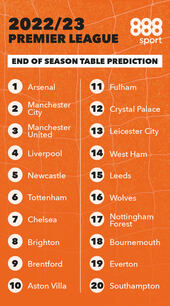 "Brendan Rodgers" (CC BY-SA 2.0) by runtodaylight
But Brendan Rodgers recognised that there was still a strong core in the team and a club structure conducive to success. It just needed the right manager to tap into those resources and give them a tweak.

​As well as bringing in talents such as Ayoze Perez, Dennis Praet and Youri Tielemans on a permanent deal, Rodgers has drawn the best out of the players who were already at the club.

Wilfred Ndidi has been a revelation under Rodgers. Still only 22 years of age, the Nigerian has turned into the league’s most effective destroyer, breaking up play for fun and enabling the other midfielders to be more adventurous going forward, safe in the knowledge they have a safety net.

Meanwhile, Caglar Soyuncu has ensured that Harry Maguire has barely been missed in the backline. The 23-year-old has flourished under Rodgers, who let’s face it, was not a coach previously renowned for his ability to install a rock-solid defence.

​Lessons learned
​But that seems to be the key here: Rodgers himself has evolved. In 2014, he nearly won the title with Liverpool with a team that paid little regard to how many goals they conceded. And that cost them the following season when their forward line was no longer as potent.
​
But he learned from that and at Celtic was able to combine fast attacking football with a mean defence. Now, he has transferred that model to a team blessed with experience and exciting young talent and turned them into genuine title contenders. And Leicester City fans shouldn’t be afraid to shout it from the rooftops.